END_OF_DOCUMENT_TOKEN_TO_BE_REPLACED

WRGW’s Pat Geiger was joined by Victoria Ruiz and Joey La Neve DeFrancesco from Downtown Boys for a phone interview in anticipation of their upcoming show at the Black Cat. A transcription of the interview is below. The full audio from the interview can be found here.

END_OF_DOCUMENT_TOKEN_TO_BE_REPLACED 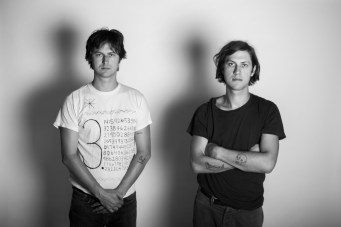 JEFF The Brotherhood, a psychedelic rock duo based out of Nashville, has released so many albums in past decade-and-a-half that it is hard to keep count. The band, made up of brothers Jake and Jamin Orrall, also run a record label together called Infinity Cat Recordings, signing friends like Daddy Issues and Diarrhea Planet.

END_OF_DOCUMENT_TOKEN_TO_BE_REPLACED 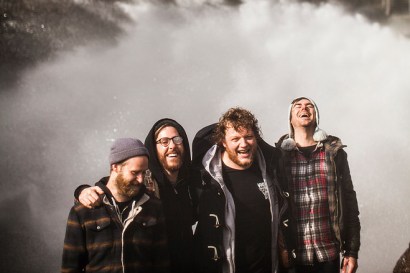 The Smith Street Band, an Australian group from the rich music scene of Melbourne, has worked their way up through years of building an international network of fellow musician friends and gaining recognition in Australia and abroad. After putting out their first LP five years ago, frontman Wil Wagner and the group became a full-time touring band and has not looked back since.

This week, the band started a month-long North American tour with some good friends and a few bands they have never met before. Hard Girls, an American band out of San Jose, will be with them the whole way through as additional acts join up along their travels. The Smith Street Band’s drummer, Chris Cowburn, took some time before the tour to talk about the band’s experience and influences, as well as what they hope to bring with them to the DC9 show on March 31.

END_OF_DOCUMENT_TOKEN_TO_BE_REPLACED

After taking the UK and European festival scene by storm, Liverpudlian band Circa Waves keeps gaining momentum with more international festival bookings and plenty of hype off their first album, Young Chasers. Shortly after their arrival in DC, we sat down with Kieran Shudall (lead vocals, guitar) and Joe Falconer (lead guitar) before the band opened for Foals in December 16th at the Lincoln Theatre to discuss their whirlwind year in review and their short- and long-term plans for the future.

CA: Ok, so this is our first interview..let’s just start with some musical history background.  What was your first album purchased?