On the day a century-old record was smashed for coldest day at 5F in Washington, D.C., I thought everyone would be bundled up and avoiding social interactions that could risk any heat loss. So imagine my surprise when I finally made it to U Street Music Hall, saw the nonexistent line outside, and then went downstairs to, hello, a well-filled room, which set the precedent for the hometown show of all three groups.

END_OF_DOCUMENT_TOKEN_TO_BE_REPLACED

As far as I’m concerned, DC9 is a no frills zone. The performance space rests a floor above what looks like a small version of Cheers, with a stage that is little more than a raised platform, maybe eight inches off the ground. Needless to say, there is no backstage, no VIP area, and no room for divas. The bands wiggle through the crowd to get to the stage, pass concert-goers in the stairwell to go out for a smoke, and always man their own dining booth converted into merch table. Indeed, I have seen incredible shows here with lights that are always on point, a couple disco balls, and (apparently) a projector they seldom utilize. In my experience, bands typically make their performances here a reflection of the DC9 vibe – they’re happy to be there, but don’t often treat it like a big, impressionable show; Alvvays was the exception.

END_OF_DOCUMENT_TOKEN_TO_BE_REPLACED Bands often compliment the audience, usually by calling them beautiful or wonderful or fun. But never sexy. Because a sexy audience is hard to come by. But that’s exactly what you’d find if you had gone to Fitz and the Tantrums at 9:30 Club last Saturday night. They’re a “neo-soul” band, which I assume means fun, loud alt-pop meets funky r&b band, because that’s the best way I can describe them. Upon entering the historic venue, you were given a white bracelet decaled with Fitz’s heart logo and installed inside it was a blinking light, but more about that later.

END_OF_DOCUMENT_TOKEN_TO_BE_REPLACED Believe me when I say that I’ve spent a very long time trying to figure out what genre Hannah Diamond (and her fellow PC Music cohorts) falls into. She’s pop, but not quite pop. Edgier? More saccharine? Definitely electronic, but almost exclusively so. Her music seems like it was made entirely using computers, no instruments. The list could go on and on, but the point of this is that Hannah Diamond is virtually impossible to lump into only one genre, if at all. In today’s world, everyone is scrambling to smack labels on whatever new music comes out, leading to (sometimes) ridiculous and obscure names in an attempt to explain whatever song / artist you’re listening to. If I were to come up with a genre, it would be something along the lines of sparklewave or ringtonecore. (I’ve even heard the phrase “glitter trap” thrown around.) Disgusting, right?

END_OF_DOCUMENT_TOKEN_TO_BE_REPLACED 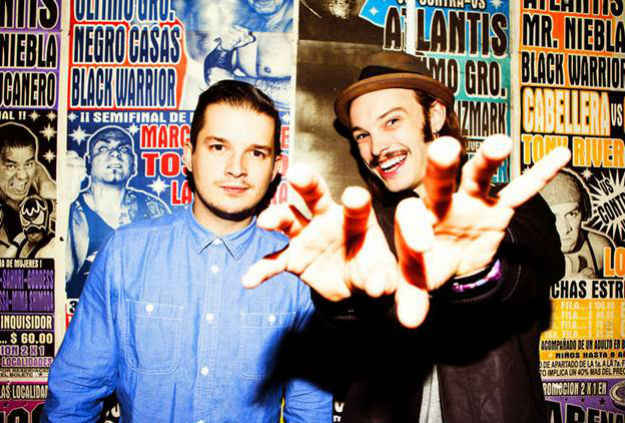 I was first introduced to electronic pop duo Cherub on accident when, along with some friends, I stumbled onto their set at a music festival. I was instantly hooked by their funky guitar riffs and falsetto vocals. Fast forward two years later, the duo has released two EPs and an LP, all having that distinct Cherub feel, focusing around themes of drug use, sex, and living in the moment. This weekend I had the pleasure of seeing them for the second time, this time at 9:30, and once again it was a great show.

Opening for them on their “Champagne Showers Tour”, was Gibbz, a producer and vocalist based out of Brooklyn, followed by electronic pop duo Ghost Beach. The highlight of Gibbz set was his last song, Tilt Mode, which was produced by the electronic super group Exmag (which includes Gramatik an Illumntr), and features his smooth vocals which the crowd, albeit small this early in the night, absolutely loved. Ghost Beach didn’t disappoint either putting on a good show, showcasing their array of pop-tracks with an 80’s vibe.