NUEX, a Washington, DC-based duo has been producing dark-wave electronic/pop music since the pair met at a local eatery.  Having performed at both Liv Nightclub and the Smithsonian National Portrait Gallery, NUEX’s music is uniquely introspective and caters to a diverse fanbase.

END_OF_DOCUMENT_TOKEN_TO_BE_REPLACED

BY SARAH SOPHER// What a special band and concert! Stars brought me all the feels at their show tonight. Honestly, just hearing Torquil and Amy singing together gets me emotional. The concert began with tracks from their latest album, “No One Falls In Love In Fluorescent Light,” and then, the Canadian band continued their almost 2-hour set with tracks from so many of their different albums. My favorite part of the show was hearing both of the singers describe their experiences at the 930 Club and in Washington, DC.  Torquil gave the audience something to be proud of when he told us, “If society treated artists the way the 930 Club treats artists, we would have a better society in my opinion.” Amy continued, “I have a one-year-old son and he’s already been to the 930 Club twice! So.. We are lucky.” Stars noted that this tour is unique in that there have been multiple children in the audience at recent shows. It feels nice to know that artists are treated right at our local venue.

END_OF_DOCUMENT_TOKEN_TO_BE_REPLACED 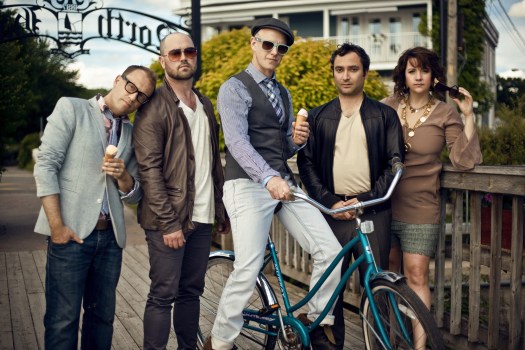 BY SARAH SOPHER// Canadian indie pop/rock band, Stars, is bringing their ninth studio album to life on their North American 2018 tour. On April 23 at the 930 Club in Washington DC, fans will be able to experience the relatable and touching performance of this familial band.

END_OF_DOCUMENT_TOKEN_TO_BE_REPLACED

On Sunday, April 15th, 2018 I will be seeing my favorite artist in D.C. for the second time. Even with graduation around the corner, nothing else could make me more excited.

Indie solo project, Waxahatchee, has humble beginnings in young Katie Crutchfield’s hometown of Birmingham, Alabama. In 2010, Katie recorded her first album, American Weekend, in her bedroom of her parent’s house. Its cassette-recorded tracks are laced with the intimacy of the young artist’s personal accounts of recklessness, finding love and losing it. With her honest lyrics and candid acoustic guitar, it’s hard not to feel connected to Katie in someway. The album was quickly discovered and praised by the indie community, its track “Be Good” was listed on NPR’s song of the day playlist and rated as one of the station’s top 50 songs in 2012.

In 2013, Katie released Waxahatchee’s second album – Cerulean Salt. The album (my personal favorite) is less melancholy and more reflective, focusing more on Katie’s experience growing up including insight into her relationship with her twin sister and moving across the country to New York City. I highly recommend checking out “Brother Bryan” or “Dixie Cups and Jars”.

END_OF_DOCUMENT_TOKEN_TO_BE_REPLACED

BY SYDNEY SPENCER// Since the debut of their first album, Passover, in 2006, The Black Angels have been revitalizing the psychedelic rock genre. The New York Times described the group as, “playing psychedelic rock as if the 1960s never ended, and they are an absolute master of it.” With colorful influences from Led Zeppelin and The Velvet Underground, The Black Angels dirty guitar riffs and entrancing bass solos bring a unique old-school creativity to the modern rock world.

Establishing their roots in Austin, Texas, The Black Angels gained popularity through their MySpace music page and a psychedelic collaboration album released by Northern Star Records. Their first album, Passover, features their top hit song, Young Men Dead. Similar to the psych-rock movement of the 1960s, many of The Black Angel’s songs contain bold themes questioning government and armed-conflict. The group continues delivering these powerful messages in their newest album, Death Song, their first full-length album in four years. The album is unique and progressive in that it was written and recorded during the 2016 election – as expected, it has a strong emphasis on a political climate dominated by division, anxiety, and unease. Regarding sound, the 11-track collection offers a sharply honed elaboration on their signature sound – menacing fuzz guitar and cutting wordplay, steeped in a murky hallucinatory dream.