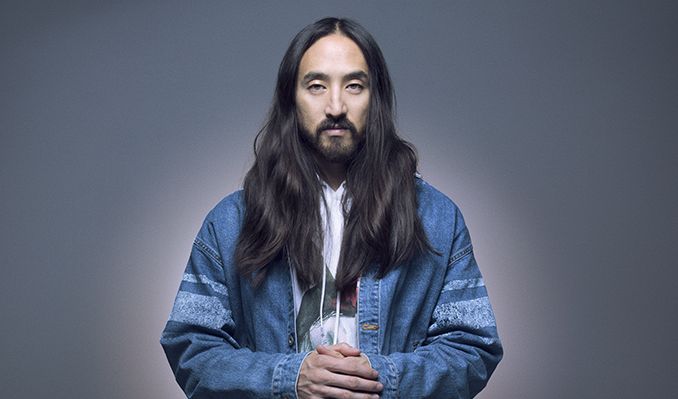 BY SARAH SOPHER// Steve Aoki goes hip-hop on his Kolony North American tour at our very own Echo Stage in Washington DC this Saturday.

If you want to fully understand the Kolony theme, you’re in luck. There is a music video to go along with every song on the album, expressing the lit vibes that take place in the Dim Mak mansion.

This will be one of those shows where you’ll want to arrive early. Every act is going to be full of energy and ready to set the mood for Steve. Opening up the night is Desiigner, the rapper who rose to fame with his 2015 single “Panda.” Grand Theft, a producer, and friend of Steve’s will also be performing on Saturday.  Other opening artists include Mad Decent’s Rick Remedy, and Dim Mak-signed artists: Samahta, Max Styler, and Bok Nero.

The tunes are just one piece of this party. From the words of Steve Aoki himself, his music is “all about getting lit. It’s about going 110%.” He knows what gets the crowd wilding out. His performance comes accompanied by heavy vibrations, rowdy fans, intense visuals, champagne popping, and my personal favorite part: explosive cakes.

Since 2011, Steve Aoki has caked about 15,000 fans. He has very specific instructions for his cakes to make sure they deliver the full explosive effect when he throws them at the crowd. It gets fans going wild. Every Aoki show has fans with posters and faces showing how eager they are to get a cake in their face.

Tickets for the 32-city run are available for purchase now at SteveAoki.com. For each ticket sold, $1 will be donated to the AOKI FOUNDATION, whose primary goal is supporting organizations in supporting brain science and research areas with a specific focus on regenerative medicine and brain preservation, as well as humanitarian crisis. 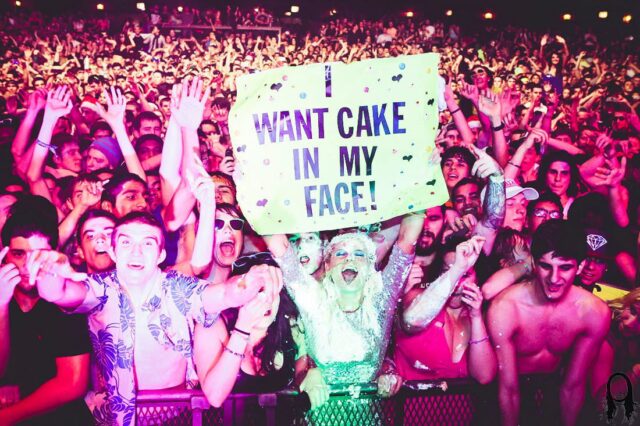