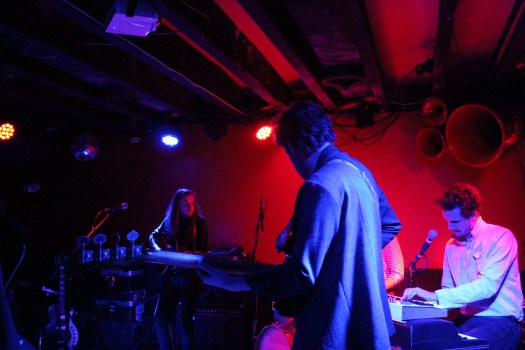 In a packed room on Monday night, Andy Shauf brought The Party and all the characters from his 2016 release to DC9.

Chris Cohen and his band opened things up with some jazzy melodies. Psychedelic guitar riffs intermingled with bass. A keyboard phrase, aptly substituting for a horn or saxophone in the piece, ran through a persistent minor key while the former Deerhoof band member’s lo-fi guitar chords brought “Drink from a Silver Cup” together in a slow swing piece with dramatic drum fills. 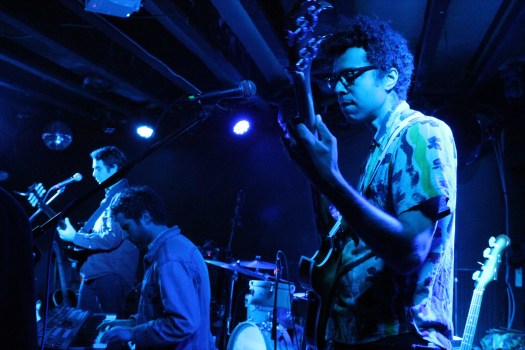 After the opening set, Shauf weaved through the crowd to take his place, walking past his fans seemingly unnoticed while concertgoers enjoyed the enthrallment in their own buzzed conversations in the dim lights. The band played a leisurely, bopping version of “To You,” Shauf’s vocals accented with active piano chords. The bridge came on smoothly through a curtain of cymbals and light guitar as the emotion built in both the track and the conversation better characters Shauf sang about. With this new album, Shauf tried to create something to appeal to both the ears and the mind. 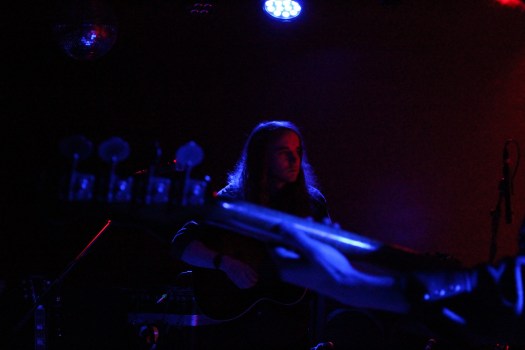 Keyboardist Colin Nealis started off “Twist Your Ankle” by putting on a loop track of ominous fluttering noises, which Shauf played his acoustic guitar over. The emotion and passion continued through the intonation in Shauf’s voice with the tones of Nealis’s grandiose organ sound effect on the keys. An intentionally varied beat on the drums tied everything together on the introspective track.

Shauf thought a little about what his place at the party would be. “At a party I’m usually,” Shauf said laughing, “I don’t know? Loud or drunk.”

An electric guitar riff was followed by insistent cymbal from Olivier Fairfield’s drum kit to pave the way for “You’re Out Wasting,” off The Bearer of Bad News. The warbling of the synthesizer track added to beat while Josh Daignault added undertones on bass. The band communicated well on stage, Shauf deliberately positioning himself so his back was not towards the other members. Shauf’s career has come a long way since the song’s release, now able to sell out headlining shows. 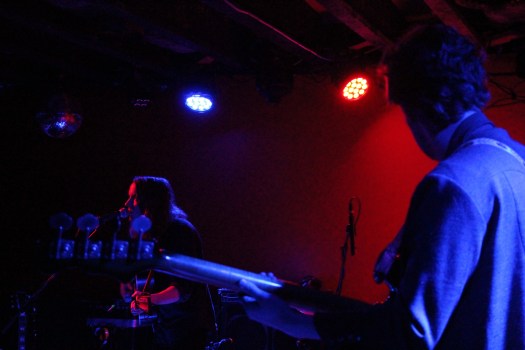 “Nobody really cares to listen to the opener so now that we finally are playing our own shows, everyone actually wants to hear the songs and pays attention,” Shauf said, “It makes touring easier when people are actually coming to the shows. You’re not just losing money all the time and depressed.”

The band jammed to upbeat “The Worst in You,” heavy drums and keyboard coming in after Shauf sang the track’s story over the chorus. With each song off the new album following fictional characters at a party, Shauf said his songwriting experience is more personal than one might think.

“I always have to step into the characters’ shoes a little bit so I think I end up being in there almost as much as if I was just writing about myself, but it’s a little more disguised,” Shauf said, “They’re scenarios I have seen myself in…so, they’re pretty relatable for me.” 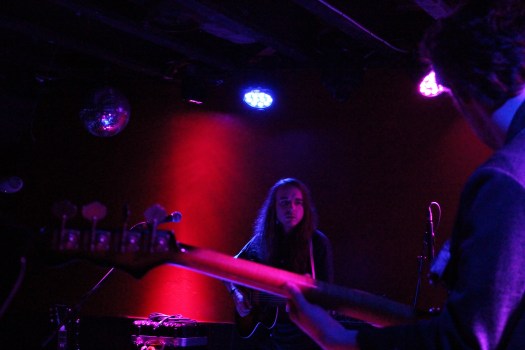 He grabbed one of Fairfield’s drumsticks to close the vent letting out cold air from the ceiling as they played. “Martha Sways” started with just Shauf on vocals and guitar and Daignault on bass. The ethereal, bright and loud instrumentation over Shauf’s melancholy vocals in the chorus showed his grasp of the importance of emptiness and space in music. The lights went out completely at the end, a blue illumination returning soon after.

Shauf asked the crowd if they have any questions and the fans started to ask about all of the characters in The Party by name, wondering what happened in their lives when the tracks ended. Shauf, smiled at the audience’s familiarity, going into a full, harmonious and guitar-heavy performance of “The Magician.”

While Shauf has started writing songs to surpass the latest release, he said he still has much to do. On stage, finishing out his set with an older track, Shauf proved that his abundant creativity and originality in songwriting will not stop this year. A evil, eerie start to “Wendell Walker” marked the beginning of end of the set. With just Shauf playing guitar, the audience was transported to a bare room, only Shauf’s full voice speaking to them. His clear falsetto led the band into the piece, softly though with minimal drums and bass. Alternating keyboard notes took the darkness to the ballad’s bridge, instrumentation pushing past friction into a simple dramatic build.