After 15 years of touring worldwide and making music, Eric Hutchinson is taking an indefinite break from the road. 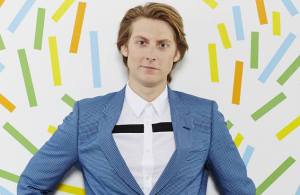 A Maryland native, Hutchinson grew up going to see artists play at 9:30, and since releasing four albums of his own has played the club a few times himself. His albums have received much acclaim, with his first, Sounds Like This, becoming the highest charting album by an unsigned artist in iTunes history. Since then he has released three others Moving Up Living Down, Pure Fiction, and his most recent Easy Street.

Hutchinson’s sound is like a mix of Jason Mraz’s lyrical smarts with soulful pop. Thought provoking, yet never too serious, this music is the definition of feel-good vibes with lots of acoustic guitar. His early song “Rock and Roll” is what launched his career and follow ups like “Ok, It’s Alright with Me” and “All Over Now” cemented him as a prominent lyricist.

Don’t miss out on this chance to see him perform live before he is gone forever. This Wednesday, November 2 will be one for the books!