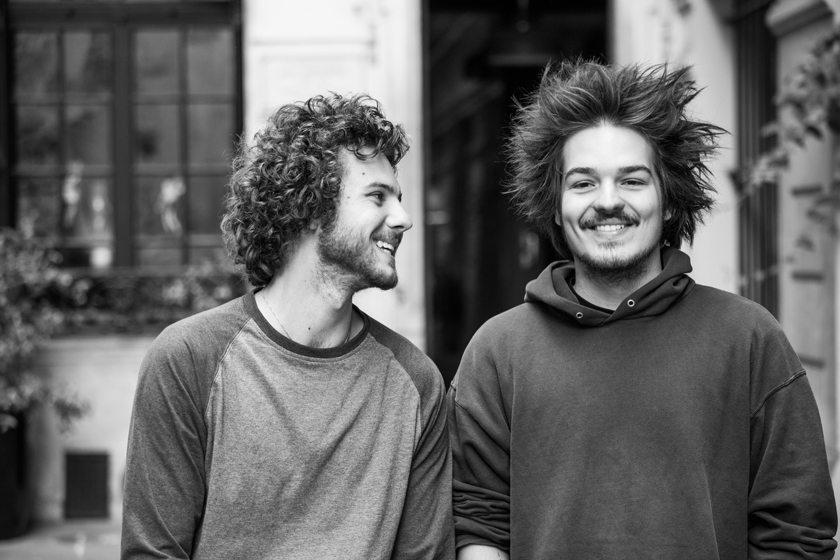 Opening the show for Milky Chance was alternative rock group X Ambassadors. The band began its set playing for a 3/4 filled Echostage, which given the venue’s size, is not bad at all for an opening act. The band originates from Ithaca, New York with brothers Sam and Casey Harris manning vocals and keyboards respectively. During the show Sam busted out surprisingly energetic dance moves and at a few points, the tenor saxophone.

Needless to say the crowd loved it. During “Gorgeous,” a song off of the band’s new album, VHS, the crowd went absolutely crazy to Sam’s falsetto and dance moves. It was not something I was expecting from the bearded rocker, but I was pleasantly surprised. The band’s music reminded me somewhat of a blend of Dave Matthews and Imagine Dragons, with elements of R&B and hip-hop infused in the music as well. On a more critical note, the band was not exceptionally better in concert than their studio album, and their bold, gritty sound that makes their music as catchy as it is was diminished in their live performance. But all in all, the band’s set was entertaining, energetic, and engaging. Between Sam’s dance moves, his saxophone solos, surprisingly good falsetto, and presence on the stage, I enjoyed the performance quite a bit.

And now, Milky Chance. The German folk duo had a killer backdrop visual of a bunch of totem looking poles with lights and dreamcatcher-esque objects hanging above them. The combination of that with excellent lighting made for a great pairing with Milky Chance’s music, which has been described

as being a combination of folk, reggae, house, and jazz. The band was incredibly comfortable on the stage, as singer Clemens Rehbein and producer/percussion Philipp Dausch were previously in a jazz ensemble in their hometown of Kassel. I had a chance to speak to Rehbein prior to the show, and he said that Flown Tones (the ensemble) was “a great experience for jamming and playing music with other people, learning rhythms and singing.” Jam indeed they did, with many songs having wonderful improv digressions that sounded as if they had been part of the original song.

If you listen to Milky Chance with earbuds, on your computer speakers, or even on a speaker system with moderate bass, you are missing out on about half the experience. Live, Milky Chance goes from a groovy folk group to a house folk group. With the groovy bass that finds its way deep into your chest, or the percussion that has your toes wiggling, fingers tapping, and knees bouncing, the music is pretty much impossible not to dance to. I would say the music is much more than just music you dance to—it has substance too, its lyrics insightful and complex, so it satisfies your hunger for good, meaningful music that also has good vibes and you can dance to.

Beyond selling albums or singles,

or selling out venues, Milky Chance has been incredibly successful because of the substance of its concerts. The band simply wants each person to enjoy the music in their own way. Rehbein told me that the number one goal for him in his music is to “have people enjoy the music in their own way. Music is more about feeling” and that it is “more feeling, less doing.” The band has an incredibly simple set-up, with only three members live, and that is part of its appeal. Milky Chance present simple, enjoyable music that emanates complexity as well, but one that comes from the listener’s interaction with it, not how many notes are crammed into a bar of a song. As a closing question, I asked Rehbein what he would do if he couldn’t be a successful musician,and his reply? An unsuccessful musician. He said that he couldn’t imagine doing anything else, and that music has always been a huge part of his life. The fact that his band has become an international sensation that sells out a concert in the nation’s capital? Cool, but not the goal. That kind of outlook added a kind of dimension to Milky Chance’s music that you can’t get every day, and also makes me very proud to be a German. Seeing a German band that is only a few years older than me be so successful in North America is pretty awesome, and inspiring.

The band’s 2014 album will not be alone come early 2016, according to Rehbein. He is always writing more songs, and expects to release a second album by January of 2016.