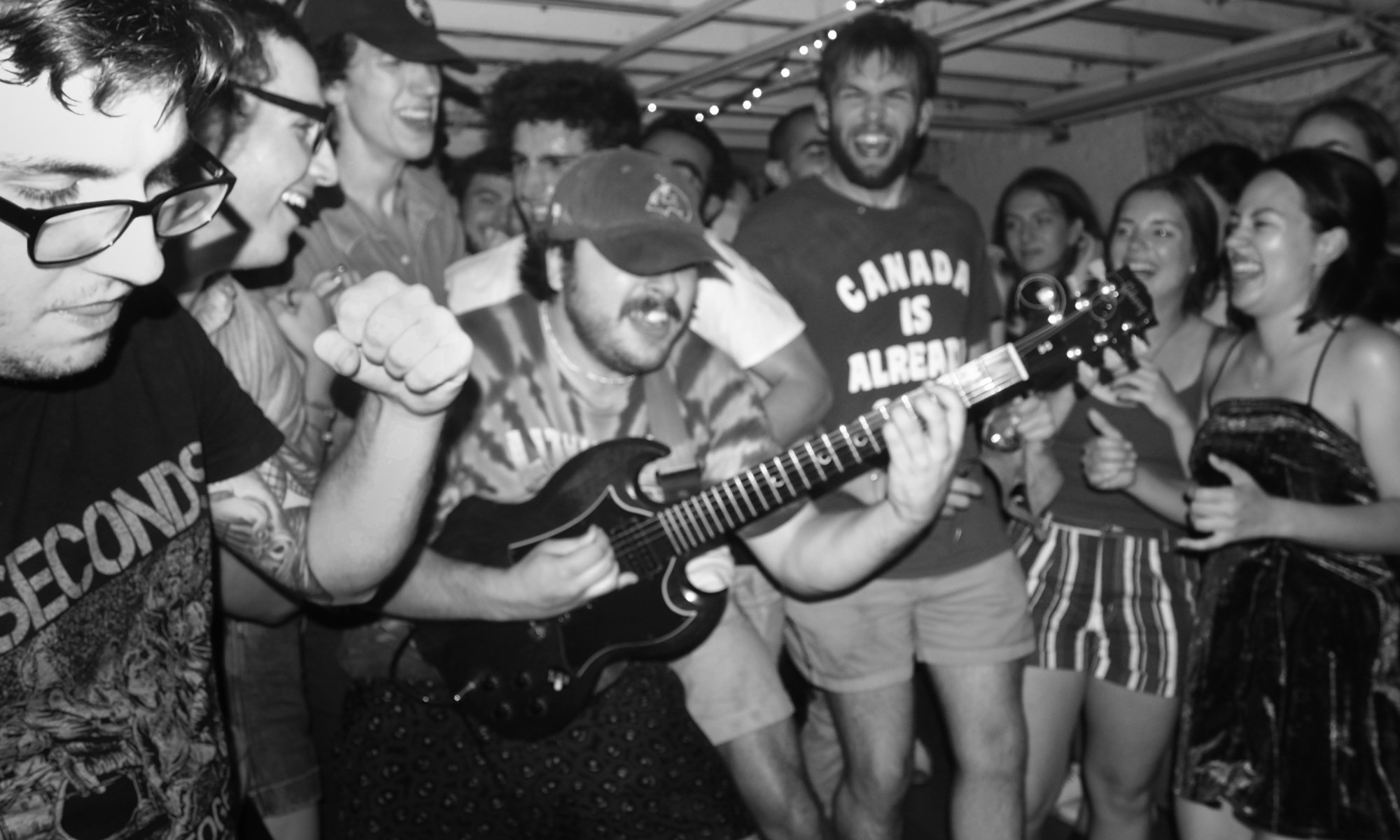 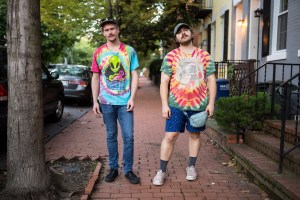 I had the chance to chat with the royalty of goof on September 2nd at Mystery Inc., the final stop of their Stack ‘Em High tour. Joined by Full Body, they are gutting a body of water and Taciturn, the evening was certainly diverse in sound.

To put TOP nachos’ sound into perspective, one could look at their first EP, released in March of 2016. Starting with “SEXT,” the ep presents the listener with a high-action bender of silly-core, with a personal highlight certainly being “GMO,” where the final chorus of “YOU WONT TRY COKE! (TRY COKE?) TRY COKE! (TRY COKE!)” manages to be perpetually stuck in my head.

Given both Eli and Kenny’s prior experience in the New York DIY scene, TOP nachos’ silliness came from a variety of reasons. One was as a response to the nature of the New York DIY scene. Even the record label the duo associates with, King Pizza, is goofy — “Before [King Pizza], playing shows in Brooklyn meant a lot of stiffs in the audience,” Kenny notes. But TOP nachos has centered their stage presence around plenty of giggles and goofs, finding it a natural way to break down barriers between audience and performer. “It keeps people engaged when there’s a hilarity to your sound,” Eli reflects.

But it’s hard to ignore the role of Eli and Kenny’s personalities in their music, which is present right down to the details — both rolled up to Mystery Inc wearing tie dye shirts. “When we started making music together, we were just getting to know each other, so we were always cracking jokes and being silly, and that naturally transgressed into the music.” Kenny says. Eli chimes in, saying “It was also me shying away from how I had treated bands before, it was very serious — this was like, alright, let’s do the opposite. Let’s have fun with it and keep the music silly, but still meaningful and relevant.” 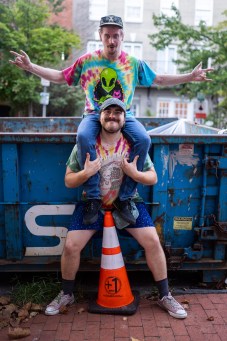 Prior to the set, I was warned: there was going to be a groundbreaking cover, (a signature of TOP nachos, given their punk beatles set performed at nacho house last halloween,) and plenty of messing around. Eli discussed on goofing off on stage, saying, “It’s funny to think, ‘people think we’re serious right now.’”

And they certainly delivered, with a stunning punk-studded cover of heartthrob Vanessa Carlton’s 2001 hit “A Thousand Miles,” and a run-on joke of “WE’RE TOP NACHOS! WE HAVE TWO MORE SONGS!” regardless of the amount of songs left in the set — this sort of light satire and pure goof kept the audience fixated.

Eli, with their baseball hat tucked low, showing only a smile and their mustache, looks like a ringleader of chaos when diving into the eager mystery inc crowd, while Kenny holds down the fort and the kit with no shortage of (what i think was,) turkey sounds and some of the greatest facial expressions to grace the mystery inc drum kit.

When asked what city grooved the most over tour, Eli revealed that Richmond’s Upside Down House had the best crowd performance — but don’t worry, DC, I think we did just fine. :~)

WHERE CAN I FIND MORE TOP NACHOS?

DANK SIDE OF THE MOON is now available for preorder, to be released Sept 26, and single VEGAN DOUGHNUTS is now live at topnachosny.bandcamp.com.

Check out Eli in Winnebago Vacation, another mystery inc alum, and winnebagovacation.bandcamp.com.

Check out Kenny’s new track under Larry Locust, “Call Me By Your Love,” at larrylocust.bandcamp.com.