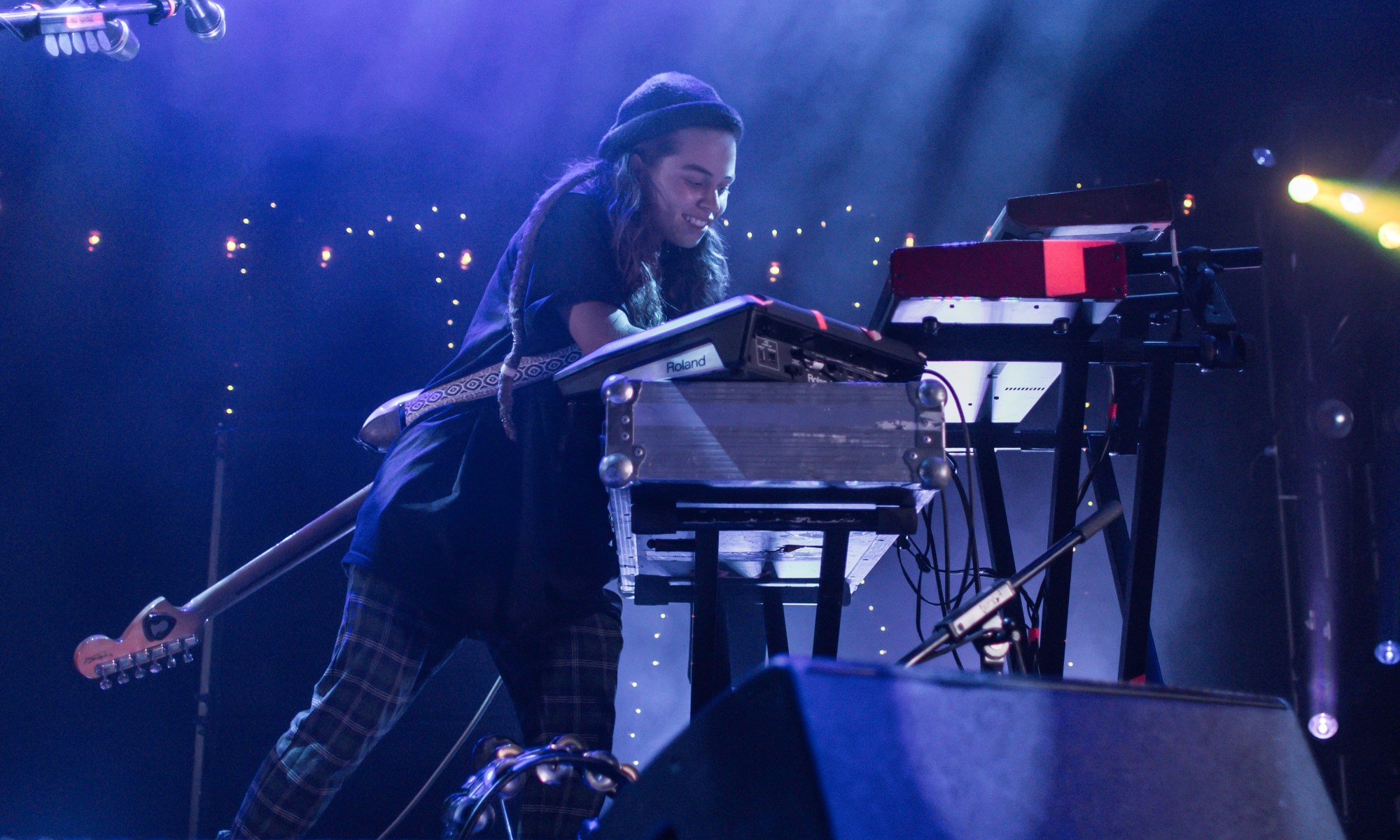 The one-woman band, Tash Sultana came to Washington, DC for the second time ever this October. After playing at Rock & Roll Hotel during her first USA tour in February, Tash returned to DC in front of a much larger crowd at the 930 Club. She put on a fabulous, multi-talented performance where she sang, beatboxed and made use of a ton of instruments including the pan flute, Arabian Oud, and trumpet! The way she interacts with her fans and allows us to relate to her emotions is one of my favorite things about her style.

Tash became famous less than two years ago when her home-recording of the song Jungle went viral through Youtube! She is an Australian artist who spent some of her musical career busking on the streets of Melbourne. Now, she’s turning heads all over the world and selling out popular venues like our very own 930 Club. In a little bit more time,  I wouldn’t be surprised if Tash Sultana was playing on all the local radio stations!

Below are some photos from her fabulous performance at the 930 Club in October 2017.

All photographs by Sarah Sopher