From a band that we discovered many years ago via free iTunes singles, we are excited to finally see what Tennis has to offer in a live show at the 9:30 Club this Sunday, March 19th. After steadily releasing new singles from their recently released album, “Yours Conditionally,” the husband-and-wife duo of Alaina Moore and Patrick Riley from Denver surely won’t disappoint with a show expected to mix older melodies with tracks off their new, fourth, album. 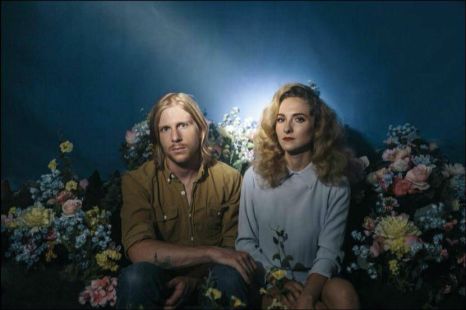 Coming a long way from the early singles of the freshman album “Cape Dory” which hooked us with singer Alaina Moore’s vintage-sounding vocals and the band’s indie-surfer pop melodies, “Yours Conditionally” continues to offer a window into this couple’s relationship and view on relationships while staying true to the bones of what makes their music unique. Speaking on the album in an interview with NPR Music, Alaina details the theme of “Yours Conditionally” being the antithesis to the perceived sense of a relationship in which one belongs to the other. Bringing in the “conditionally,” Tennis speaks to the mutual respect contractual obligations that each person owes to each other to make them “yours:” sacrifice while maintaining individuality as seen in ‘Ladies Don’t Play Guitar,’ and honesty in ‘My Emotions are Blinding.’

We’re excited to see a more matured Tennis at the 9:30 Club, and interested to see opener Rolling Blackouts Coastal Fever. Having praise of them sung by Pitchfork, SPIN, Stereogum, and more, the Australian band out of Melbourne with just over twelve songs released from two records over the last year will be supporting Tennis and surely will deliver an entertaining show on their own. As a welcome back to D.C. after spring break, we’re excited to attend this show and get back into the concert scene that we’re so lucky to have in GW’s backyard.