This past Friday, The Black Cat was sold out and crowded with eager Mitski fans. With a few hundred people already crowding the main stage, openers Weaves and Fear of Men impressed the audience with their very different sounds. The Toronto-based Weaves blasted the venue and crowd with a delightful mix of funk, punk, and rock and a wholly original sound. The band has already been featured in NPR’s Tiny Desk Concerts, KEXP Live, and has attracted significant buzz in recent years. Fear of Men, hailing from the UK, delivered a very different sound, nonetheless impressive. The band produced a solid mixture between indie rock and post rock, with dreamy and beautiful vocals and mysterious harmonies.

At around half past 10, Mitski took to the stage to lull the audience with her compelling and lingering sound. After her first few songs, Mitski thanked Weaves and Fear of Men for their performances with her wholehearted endorsement. She admitted her main aim has been to get bands that she wants to see live to open for her tours whenever she can. Mitski inhabited the stage with a calm confidence; the 26-year-old artist has become sure of her place as a staple of the indie rock scene, who deservedly can expect to sell out venues like The Black Cat for audiences of adoring fans. With the release of Puberty 2 through Dead Oceans Records this past summer, and the accompanying North American and European tours that followed, Mitski has proven to be comfortable with her success, and maybe even enjoying it a little. But who really knows? She is still a charming enigma. 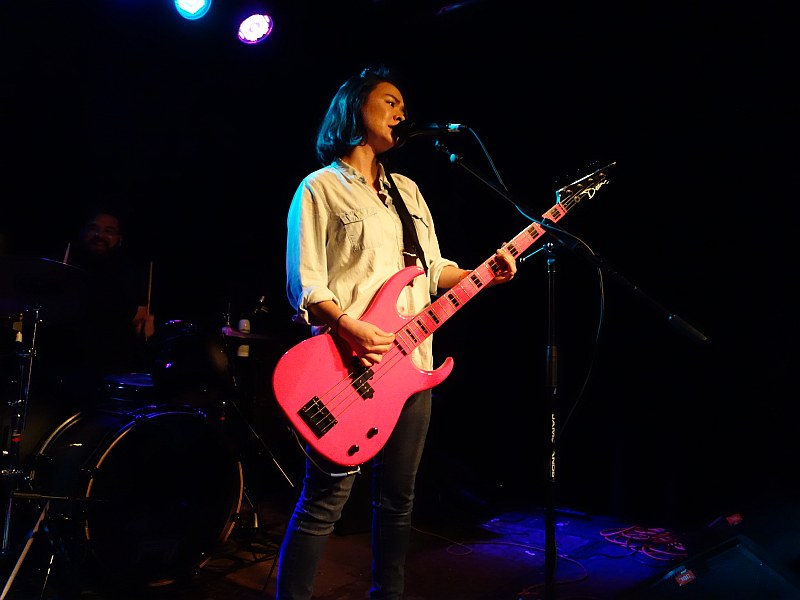 Playing everything from the characteristic Mitski-sound classics like “First Love / Late Spring”, “Thursday Girl”, and “Francis Forever”, to the more experimental “My Body’s Made of Crushed Little Stars”, to deeper cuts like “Class of 2013”, Mitski was an onstage force that was a joy to watch. She closed her set with the promise that she would not be playing an encore, and assured the audience that we did not need to go through that well-known charade for her. She kept her vow, and the crowd enjoyed her last song with the sweet acceptance that accompanies the definitive end of a truly magical evening.