Some musicians are born to perform works of art. Some are lyrical geniuses. Some have incredible passion. Some have unmatched creativity. K. Ishibashi, better known for his musical act, Kishi Bashi, is perhaps all of these at once. Around 5 years ago, Ishibashi made his debut as a singer/songwriter, shortly thereafter releasing the album, 151a, which dazzled the indie-pop community with his intricate and intense looping of the violin, Japanese-influenced progressions, and quirky but catchy singing methods.

Now 40 years old, Ishibashi is a talented musician with an extensive musical career prior to his Kishi Bashi debut. After studying film scoring at Berklee College of Music in Boston, Ishibashi toured and recorded as a violinist with bands and artists like Regina Spektor, Sondre Lerche, and of Montreal. Prior to forming Kishi Bashi, he was a founding member of the electronic rock band Jupiter One.

While he may not have hundreds of millions of hits on Youtube or Spotify, Kishi Bashi’s music is simply beautiful. Well actually, it’s complicatedly beautiful. It challenges you and inspires you, taking you on a musical journey in each and every song. With unorthodox instrument combinations, complex compositions and poetic lyrics, each song and album is a handcrafted piece of art, curated in a masterful fashion, especially live. 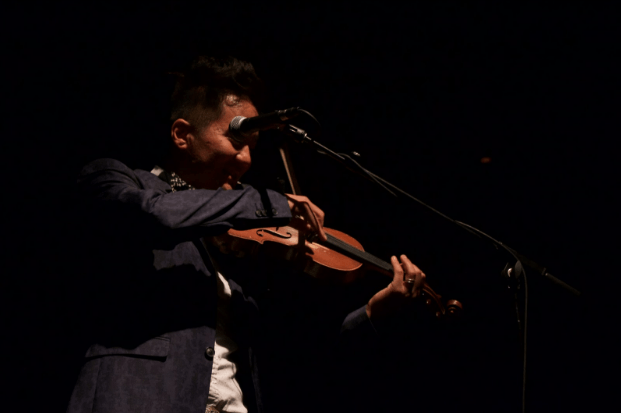 When I last had the chance to see Kishi Bashi perform live in the nation’s capital, I had heard a few of his songs, and thought a live performance would probably be cool. I went in slightly curious, and came out with a hunger for more of his music. I kept track of him, and two years later, when he released his 2016 album Sonderlust, I knew I wanted to catch him on his next tour through the East Coast. His newest album had a markedly different sound with a significantly smaller presence of his trademark instrument, the violin. It instead employs a heavier role for the synthesizer and drums, allowing for a broader sound palette, but nonetheless preserving the key elements of the Kishi Bashi sound. 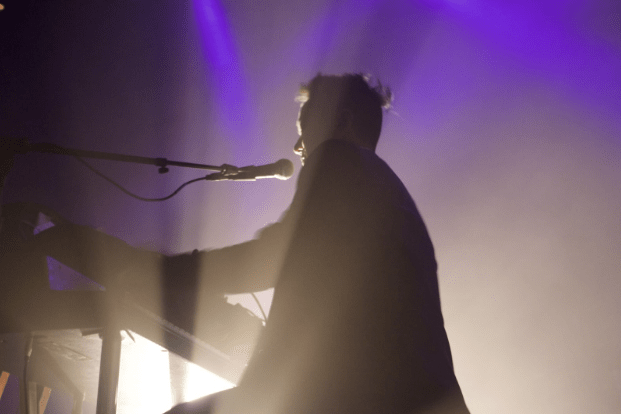 Coming into Kishi Bashi’s performance at the Fillmore on October 1st, I was expecting a slightly less-unique, more-generic indie rock sound. To say the least, my expectations were delightfully washed away by the same energy, diversity of sound, and joy of the band’s 2014 performance in DC. Ishibashi started the first few songs of the set out on the keyboard–a break from previous performances–and singing. After jamming out on the keyboard, Ishibashi moved back to the violin, to which the audience absolutely roared in approval. 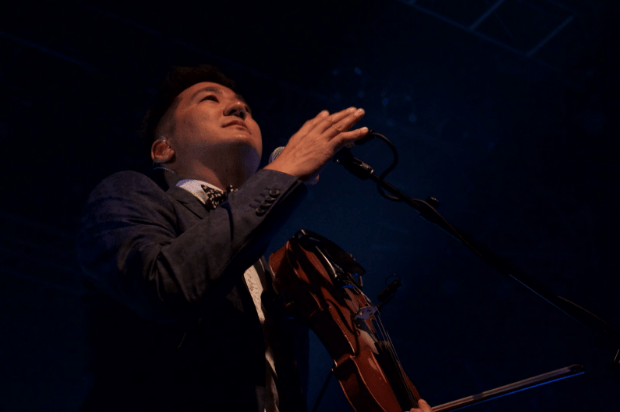 The band set-up featured six members including Nick Takenobu Ogawa on cello and Mike Savino of Tall Tall Trees on electric banjo, not to mention the more than 16 different instruments on stage. Performing songs new and old, the ensemble of talented musicians delivered a stunning and dynamic performance. At some points you might have thought you were at a hard rock concert, or Americana, or just even a good old indie rock concert.

Points where the crowd went wild tended to be when the band played songs from 151a, but in a manner in which the original songs gained completely new dimensions. Looking around during the show, this was a venue full of long-time fans, singing and dancing along as if this was their musical home. Ishibashi is a very interactive performer, speaking to the crowd between and during songs with ease and comfort, with the occasional crowd surf while still playing violin. When the violin-crowd-surf happened, Ishibashi got back on stage and remarked, “Wow, I’m surprised that actually worked. Don’t do that at home. Actually just don’t do that.” 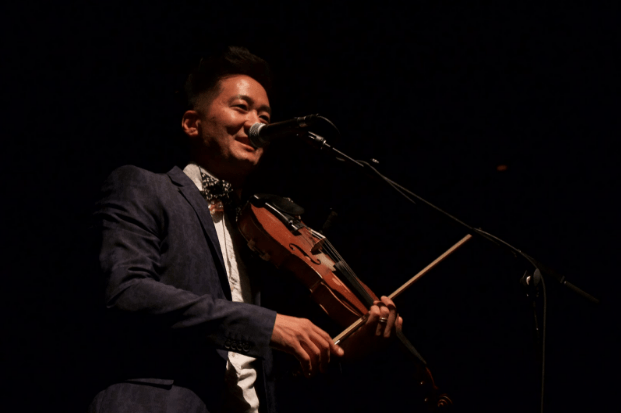 Ishibashi took a break to tell the kind citizens of the  DMV area to register to vote, and then yes, to actually go out and vote. He asked the audience not only to vote, but to vote for love over hate. Perhaps the quirkiest moment of the performance came when a special guest was announced for the song. Queue a person in a steak costume, designed especially for the song “The Ballad of Mr. Steak.” Ishibashi even had a specially customized violin with steak (?) patterns on it. Ishibashi then asked for the dance party to commence to the tune of the groovy and happy song. 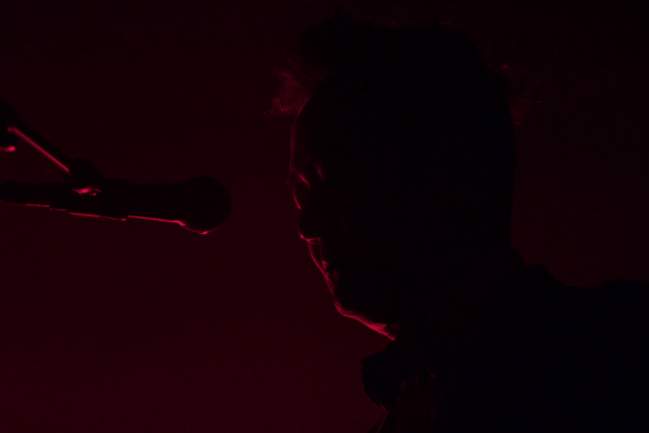 Closing out their show with an acoustic performance of 3 or 4 songs, the band grouped around a condenser mic with acoustic versions of their various instruments, which wasn’t too challenging for the banjo, cello or violin. The bassist even whipped out a little melodica to jam out on. It was pretty great. Kishi Bashi was back and better than ever this October at the Fillmore Silver Spring. I will definitely be attending the next show in DC. You should too.