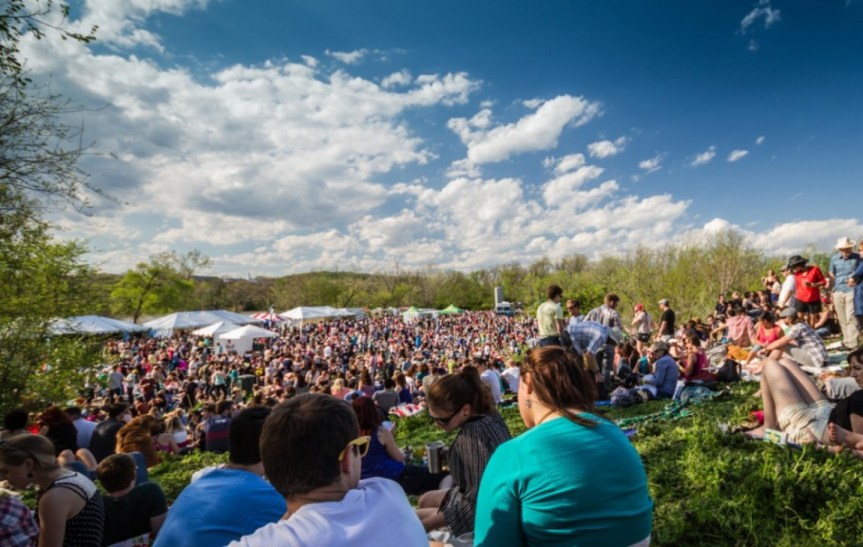 On Saturday, April 30, the Kingman Island Bluegrass and Folk Festival will bring banjo-strumming, hand-clapping goodness to the District. Policymakers, artists, and around 13,000 other locals will kick back and listen to the calm, reviving sounds of some local and admired folk and country musicians. This all-day music festival will be a nice break from finals pressure (and a cheap one at that) to enjoy with friends, food and beer provided by Sierra Nevada and Atlas Brew Works. The festival is held on D.C.’s Kingman Island, a park that provides much needed green space on the Anacostia River near RFK Stadium. The event will feature Spirit Family Reunion, Magic Giant, The Torches and 40 other bands. For the seventh festival since its start, the Kingman Island Bluegrass Festival promises to bring the same enthusiastic and chill energy as last year with an even fuller lineup. In between sets, attendees can kayak Kingman Lagoon for free with REI, collect native pollinator plant seeds and play their own music in the Chuck Levin’s Jam Tent. There is a free shuttle that runs from Stadium-Amory to the park for festivalgoers and the park is also easily accessed by bike. Proceeds benefit Living Classrooms Foundation’s D.C. programs.