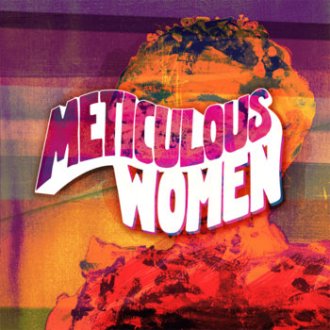 Released February 2014, Meticulous Women’s self-titled album shines with a youthful, garage-rock vibe. The rough and throaty voice of the lead vocalist is reminiscent of punk icon Joey Ramone, and refreshingly evokes in listeners an earlier era of punk music. The debut track, “Don’t Listen to Her,” is spirited and punchy and would undeniably inspire some good old head banging at a show. Yet there is little variation in the sound of many tracks. A lot of songs can be repetitive, and there is not much range in the lead vocals; the instrumentals are far from groundbreaking. When the lead vocalist uses the same growling tone of voice throughout most of the album, it is easy to overlook the subtle differences between tracks. The sixth track on the album, “Giselle,” in particular offers little vocal variation and largely plays on the same formula of preceding tracks, not introducing new musical progressions. The band resembles other current indie punk and garage rock acts such as Diarrhea Planet and JEFF the Brotherhood but does not yet have a distinctive sound. In order to set themselves apart from other acts, they need to push the creative boundaries more successfully and further expand upon their sound and themes of their music. Meticulous Women does, however, show many promising and skillful aspects to their music. As this is only their first album, Meticulous Women have room to mature. The boisterous “Officer Demins” stands out as a key track that features gritty Joe Strummer-esque vocals and clean, beach-y instrumental breaks. “Fork Horse,” the last track on the album, has a moderate tempo, played stately and solemnly. The instrumentals on this track have fullness to them, offering warmth and depth. Meticulous Women evidently aims to employs chromaticism, as they veer away from tonality and harmony and often include many sour and piercing vocal notes. The band has raw energy and enthusiasm that is especially impressive for a band new to the scene with only one independently released album. Meticulous Women has potential, but they need to better channel this energy and add more depth and dimension to their sound on a future album.

Check out the album for yourself: