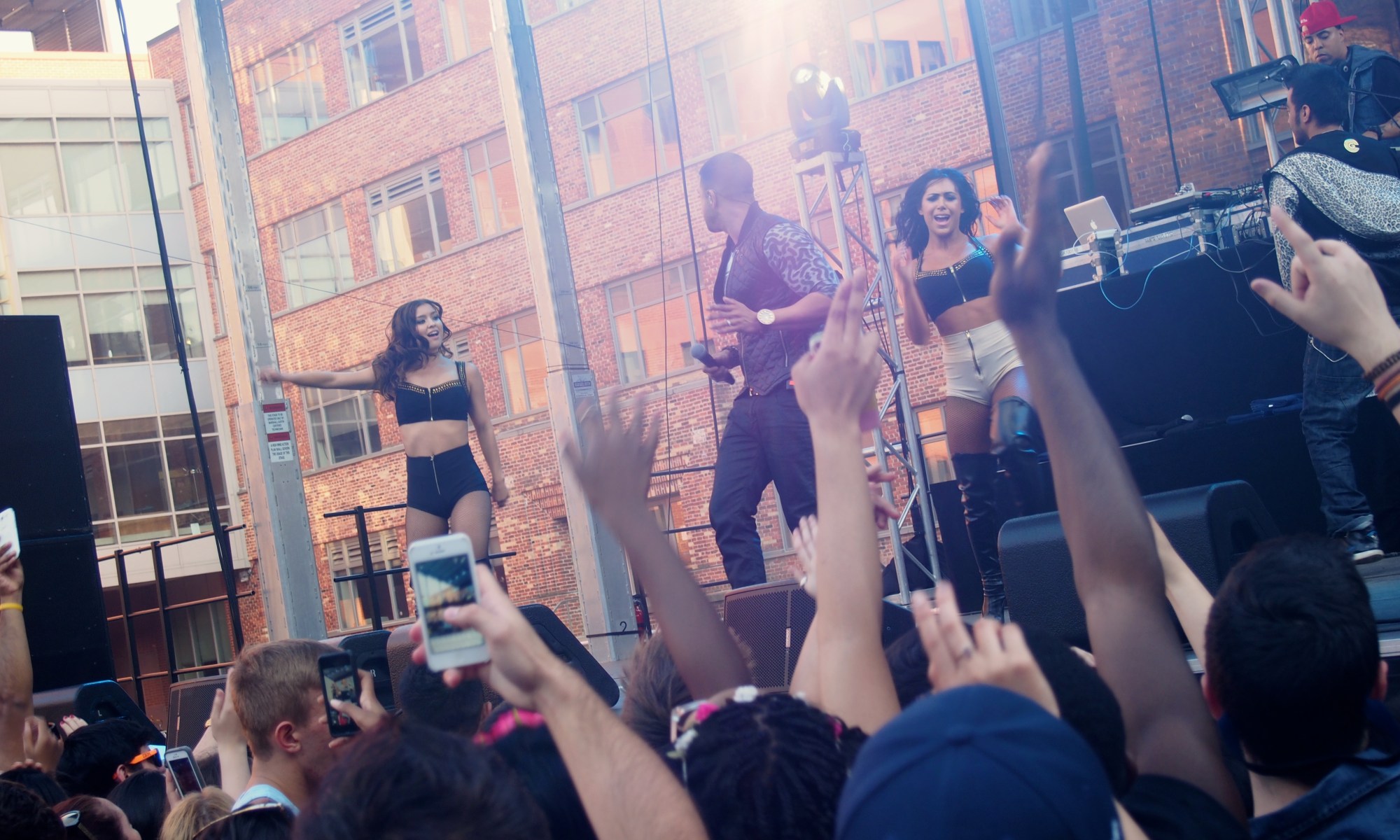 To say that the build-up to Spring Fling was anticlimactic would be an understatement. If the tweets mocking Program Board’s choice of a headliner and the general confusion as to who Jay Sean was didn’t already spell bad news for Spring Fling, Jay Sean’s cheesy act cemented it as a flop. Spring Fling’s only saving grace were the two opening acts–who, although both well known amongst avid indie fans, weren’t choices that were expected for a concert that has hosted the likes of the more mainstream Diplo, Walk the Moon, and Macklemore. Despite their obscurity, the two opening bands channeled the energy of the audience into their performances, engaging them with their two distinctly different attitudes.

Haile Supreme opened up the concert with Congo Sanchez on drums and Flex Mathews rapping, blending the three artists’ sounds together to create an Afro-Carribean vibe that got the crowd moving. Despite the small audience, the trio kept the energy high with Flex Mathews continuously interacting with the crowd and Haile Supreme jumping around the stage to the more upbeat songs. Haile’s melodies were gritty, complimenting the powerful drumming and intense rapping, and gave the audience something to latch onto. In a surprising move, the trio dedicated one of their songs to the two recent suicides, starting off with a crooning melody that transitioned into a chant of “Keep dreaming, keep moving, keep flying.” that gave a much more angst-filled vibe to the tribute. It was a moment that stood out in stark contrast to the peaceful memorials that had defined the past few weeks’ mourning and showed that anger was an inherent part of sadness.

Shortly afterwards, Wavves took to the stage, transitioning from Haile Supreme’s intensity to their laid-back West Coast vibes. Crowd favorites such as “King of the Beach” and “Demon to Lean On” spurred on the crowd, with a mosh pit forming at multiple points in the concert. Their repetitive lyrics were great for people who hadn’t heard of the band, prompting everyone to sing along. Despite some heckling from the crowd, including one point where a box of Domino’s pizza was thrown onto the stage, their relaxed attitude dominated the set. They even debuted a new song, “Broken Love Song”, before ending with “Green Eyes”, a crowd-pleaser that finished off their set with a definitively rock and roll feeling.

A DJ played a collection of popular house tracks, switching between them at an alarming speed, to prep the crowd for Jay Sean’s entrance. When he finally made his entrance, in a flurry of scantily clad backup dancers and accompanied by a beat-boxer, a move that screamed Napoleon complex, things started to get uncomfortable. While Program Board insisted that there was an attempt to get notable female artists such as Angel Haze and Haim to perform this year, the realization that there was not a single female musician performing at this year’s Spring Fling was highlighted by the fact that the only females to grace the stage were Jay Sean’s undulating dancers in their fishnet stockings and gold hot pants. Although Spring Fling has never been regarded as a pinnacle of taste, this gauche display provoked comments about a female rapper being turned away for her songs’ cursing when Jay Sean grinding on a female dancer onstage was accepted.

Jay Sean’s collection of hits from the past decade didn’t have enough hold to engage the audience. His gimmicky moves, such as imitating some of Eminem’s songs, incorporating beat-boxing in a skit in the middle of the show, and covering other artists’ music to have the audience guess his record label were paltry attempts to interest the crowd. He then took a selfie, a move that, a year after Macklemore’s selfie, seemed like a pale imitation of the previous year’s Spring Fling.  The measly crowd at the concert, which occupied maybe a fourth of U-Yard, drifted away before Jay Sean’s act ended after “Down” was performed. With his generic R&B and emphasis on his sultry backup dancers, it was an act that had all of the weirdness of a nightclub in the daytime, proving that headliners are not always the most well-received.