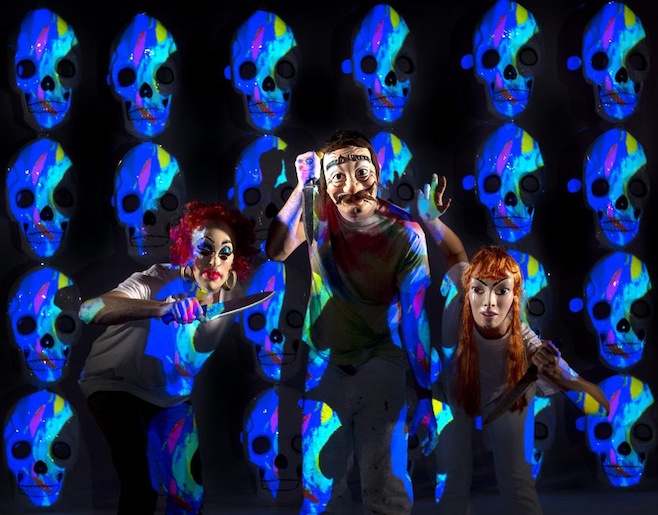 Well, you probably already know this band, just maybe not as a whole. Avey Tare’s Slasher Flicks, featuring Avey Tare of Animal Collective, Angel Deradoorian of Dirty Projectors, and Jeremy Hyman of Ponytail, is a weird but fruitful gem that you need on your playlist. Having already released two singles off of their debut album Enter the Slasher House–out April 8th on Domino–I assure you that it will be 11 tracks of earworm greatness, and that I will be spinning the hell out of it.

Imagine a remastered version of “Monster Mash” with some horror film samples mixed in and you’ve got “Little Fang,” the first single off the album and my cats’ newest nicknames. “Little Fang” is a very Avey Tare-like concoction of creepy, catchy, and haunting, the wonder of it only being heightened after an oddly perfect music video featuring a Jim Henson puppet was released.

Check out the most recently released single, “Strange Colores”, here.

Grab the album on April 8th and see them live at U Street Music Hall on April 25th for $15. Get your tickets here.