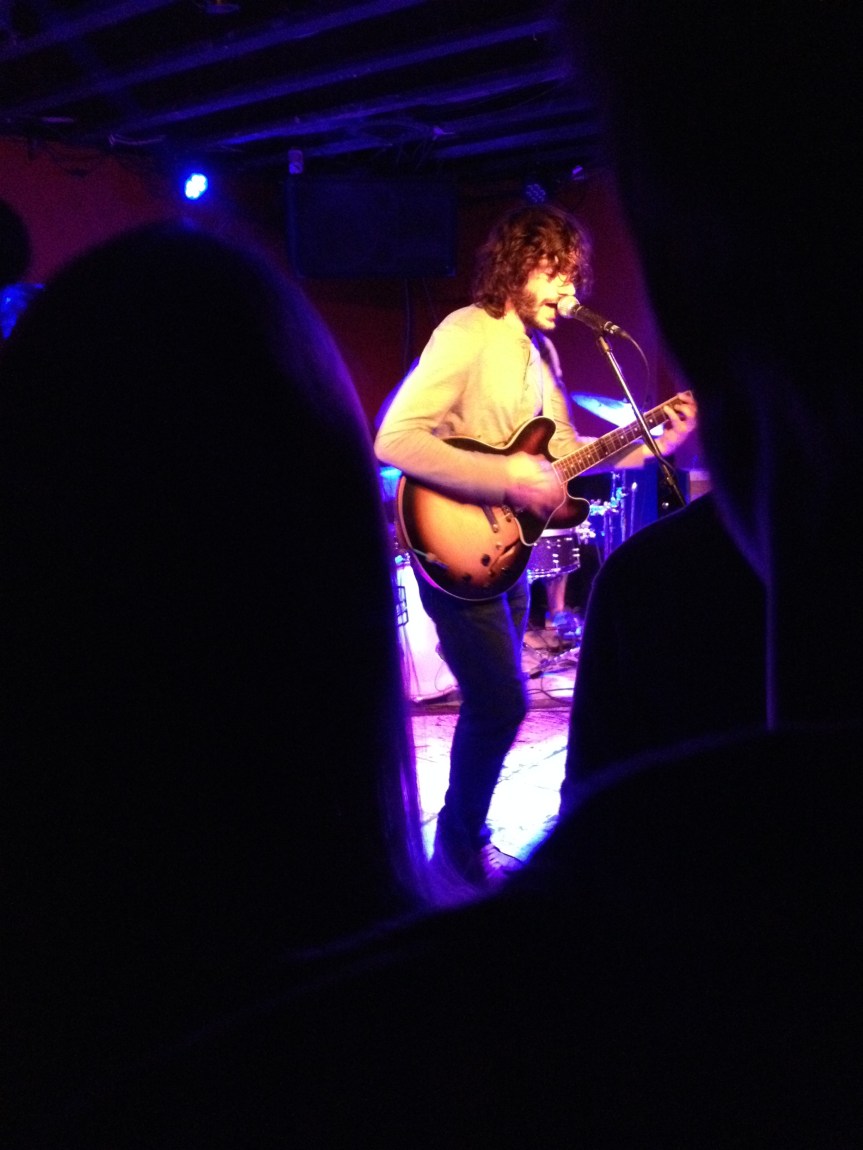 Touring with their fourth LP, Fly By Wire, Someone Still Loves You Boris Yelstin returned to DC9 for the second time this year. This time accompanied by A Great Big Pile of Leaves and Joy Classic, SSLYBY headlined a night that weaved through the vibes of reverb slicked pop, emo and indie-pop rock & roll.  Add in crowd of all ages, an intimate venue, and a chance to catch up with Phil Dickey and Will Knauer of SSLYBY for a pre-show interview, it’s safe to say it wasn’t bad for a Wednesday night’s worth of rock and roll.

Starting off the night was Joy Classic, a young quartet from Baltimore, MD, that resembled the old sound of a 1960’s pop band record that your grandmother had just dusted off to reminisce to. These days, that sound seems to be the aim for dozens of small and big time bands, and while some capture that sound and some do not, Joy Classic fit right in with the bell curve. Soaked in reverb, their sound boasted a fine mix of melodic gain-driven guitar leads melted in with their rhythm guitarist/ vocalist, all on top of a stable bass line and a catchy drum beat; they are like a good, hot sandwich. One of their songs, “Splash,” featured ever so common lyrics that expressed the ways of wasting away in the sun. All in all, Joy Classic was a great opener.

Up second was A Great Big Pile of Leaves, a Brooklyn-based foursome often mentioned as part of the current emo revival. Live, their guitarists trade taut, wiry riffs that feel more influenced by Television than Jawbreaker. This is music meant for blasting out of car speakers on hot summer nights–it’s loud and sweaty and fun. Standout moments from their set featured the frenzied group shout-along on the last song to “We don’t need our heads/when we’re jumping off buildings!” and the crunchy extended solo on “Snack Attack”. Their short set of bright pop-punk left the crowd energetic and eager for the main event. 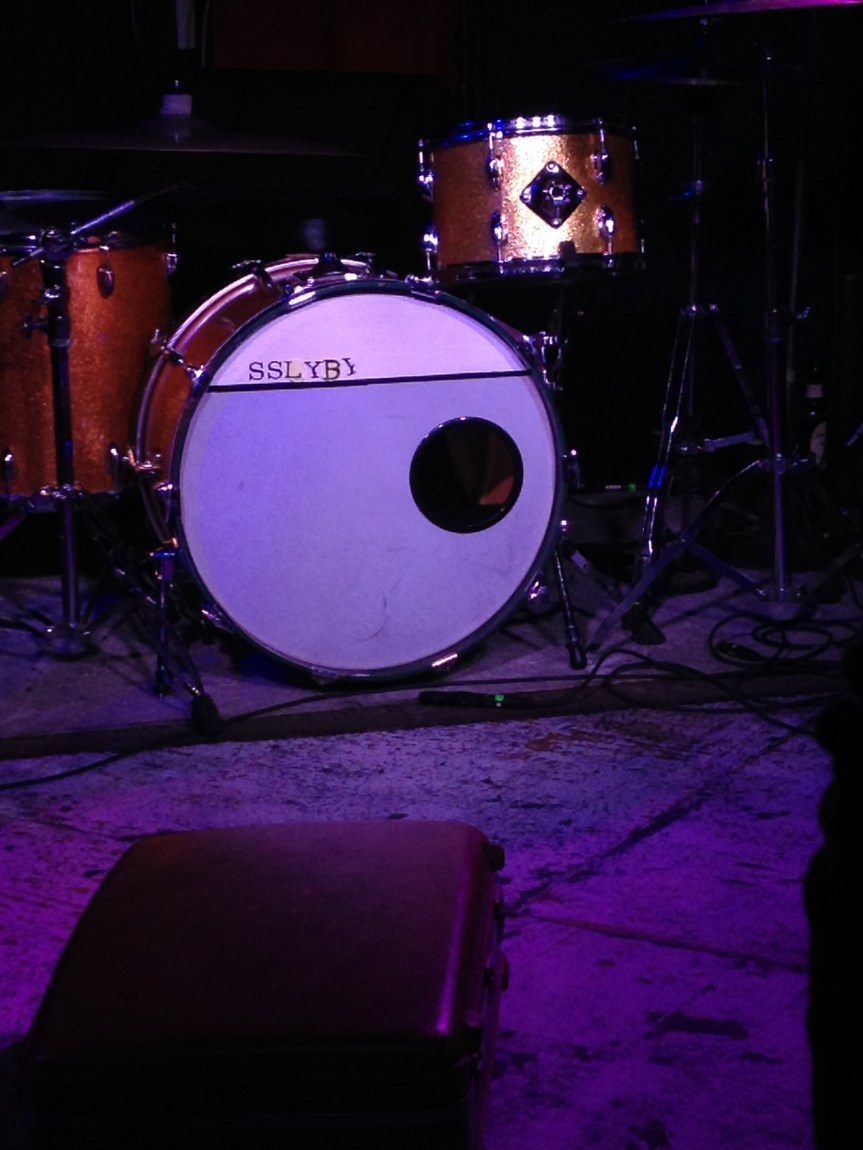 There was a genuine rush of excitement that overtook the crowd as the headliners took the tiny stage of DC9. Someone Still Loves You Boris Yelstin kicked off their set with “All Hail Dracula” off of Let It Sway. Their sound was simple and pure: it only utilized a handful of guitar pedals on Will Knauer’s pedalboard and even fewer on Phil Dickey’s. The band’s lineup this time featured the core members of Phil Dickey on lead vocals, rhythm guitar and drums, Will Knauer on lead guitar and vocals, and Jonathan James on drums and rhythm guitar, along with Phil’s sister on keyboard and a guest bassist we were unfamiliar with. As a whole, SSLYBY did a superb job of transcribing their indie-pop sound from record to a raw and live performance. Their setlist was well constructed and included favorites from each of their albums such as Broom to Fly By Wire, also including “House Fire,” “ Think I Wanna Die,” “Back In The Saddle,” and their newest single, “Nightwater Girlfriend,” a tribute to Branson, Missouri. Phil Dickey did a great job of balancing his roles on rhythm guitar or drums, all the while singing lead vocals, which is something we seldom see nowadays. He, along with the rest of the band, brought  a modest stage presence where you could see Phil and Will’s goofy interactions and spirit of fun. Their set was one of charm, intimacy, and brilliance–a set that reminds you why you fell in love with a band in high school, and why you still love them to this day. 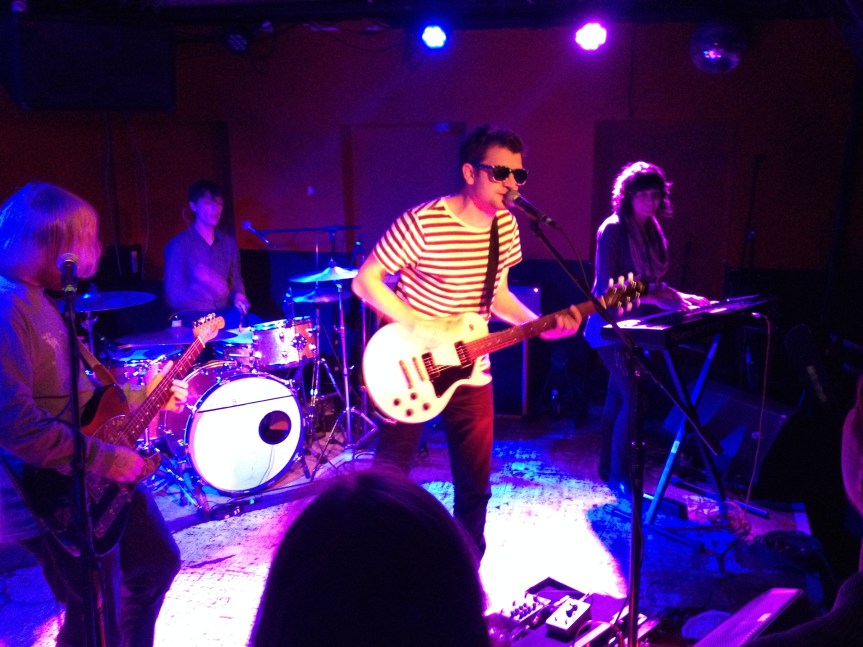 At the end of SSLYBY’s encore, they asked A Great Big Pile of Leaves to join them onstage in an uninhibited cover of Blur’s “Song 2.” Right on.

An Interview with Phil and Will of SSLYBY:

How did you guys form? Where? When? Why?

We met in high school. We were four teens who were bored and into The Beatles. We’ve wanted to play music since we were kids.

How do you feel you’ve changed from Broom to Fly By Wire?

I don’t think we’ve really changed. We’re the same people. I guess we have and have not.

Will: Sonic Youth and….

Phil: The Beatles and Phoenix

What have you been listening to lately?

Phil: Robin Gibb’s How Old Are You?

Most memorable moment on this tour? Ever?

For this tour, it was waking up to a phone call telling us that our tour van was hit by a drunk driver.

Ever? I’d say the day we found out Boris Yelstin died.

So you guys “Returned to Mother Russia” this past year. How was it?

We were there for 1 week. It was surreal. We played at Old New Rock Festival in Yekaterinburg, which was sponsored by the Boris Yelstin Foundation.

You were appointed as Cultural Ambassadors for the day by the U.S. Consolate?

We heard something about vodka and kindergartners? Can you explain?

Oh yeah. That get’s mixed up a lot. We played for a high school in Yekaterinburg and there were kindergartners there too. Before the concert we were given some pretty expensive vodka by friends of Boris Yelstin. They told us to keep it in the boxes so the kids don’t see it.

What about the thing where you were forced to play Boris Yelstin’s favorite song on national television? Still remember the song?

We were forced to do that when we were interviewed. They gave us the chords and melody and we were like “No we’re not playing this,” but we had no choice. The song had some weird name like “golden” something. “Golden showers something?” No. I can’t remember but it was something really weird and sensual.

Will you be playing it tonight?