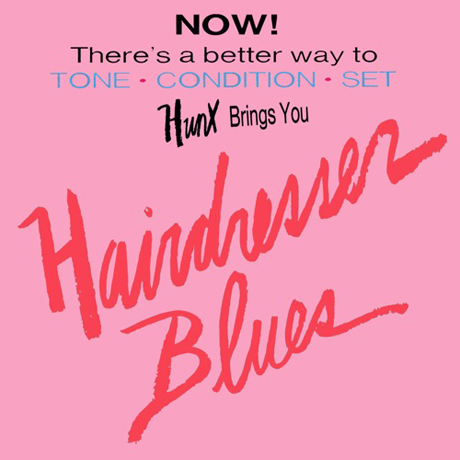 With Hairdresser Blues Seth Bogart goes solo, dropping the Punx and much of the humor that made Hunx And His Punx so appealing. Hunx’s swing from an album of pre-love yearning to an album of post-break up angst is definitely new. But for the most part, the album is disappointingly pedestrian, especially coming from an artist capable of some infectious garage rock. The sound hasn’t changed much for being a solo album, but Bogart’s formerly charming nasally vocals can be grating without the Punx backing him. The most noticeable change is the album’s generally serious tone, which doesn’t always work. The album gets off to a slow start with songs ranging from annoyingly repetitive (“Your Love Is Here To Stay”) to repetitive yet catchy (“Let Me In”). But the album gets better with the high energy “Always Forever” and the goofy title track “Hairdresser Blues.”

The album works best when Hunx sticks to the infectious camp queerness that he built his career on (although one good serious track is “Say Goodbye Before You Leave,” a tribute to fellow garage-rocker and departed friend, Jay Reatard). Hairdresser Blues isn’t bad. The campy midway songs of the album (“Let Me In,” “Always Forever,” “Hairdresser Blues,” “Do You Remember Being a Roller?”) are great, but Hunx just isn’t quite as fun without his Punx.